"In FY 2013-14, India’s domestic textile machinery and engineering sector made a remarkable comeback two years ago, riding high on new project investments under the TUF Scheme and special textile policies of textile-leading states such as Gujarat, Maharashtra and Rajasthan. It clocked a growth rate of 20 per cent over the last fiscal, touching a turnover of Rs 67.8bn. However, for FY 2014-15, the production value of mainstream textile machinery, accessories, spares and consumables improved only by 3 per cent to a turnover level of Rs 69.6bn."

In FY 2013-14, India’s domestic textile machinery and engineering sector made a remarkable comeback two years ago, riding high on new project investments under the TUF Scheme and special textile policies of textile-leading states such as Gujarat, Maharashtra and Rajasthan. It clocked a growth rate of 20per cent over the last fiscal, touching a turnover of Rs 67.8bn. However, for FY 2014-15, the production value of mainstream textile machinery, accessories, spares and consumables improved only by 3 per cent to a turnover level of Rs 69.6bn. The industry has since struggled to sustain momentum, and is on a flat growth path despite the continuation of capex-inducing concessional subsidy based schemes such as TUFS. 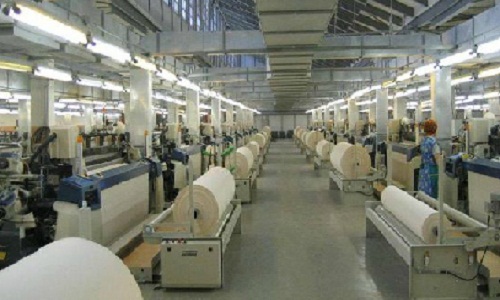 According to Textile Machinery Manufacturers Association (TMMA), the lacklustre performance after FY 2014 was mainly down to the hit taken by the overall synthetic filament yarn industry, which accounts for 10 per cent of all textile machinery output, and has thus severely impacted the growth of the sector. In addition, the synthetic and man-made fiber (MMF) sector is plagued with overcapacity situations – despite the favourable trend in raw material prices, which have continuously fallen due to global declining crude oil prices. In line with the trend, this excess capacity situation in the MMF sector, owing mainly to the slowdown in demand of synthetic textiles, has impacted investments and thus take-off for the textile machinery, despite availability of concessional schemes to boost capex via new projects. The scenario is not likely to change in the near future due to continued weak demand for textiles.

Meanwhile, other machinery segments like weaving, knitting, nonwovens and fabric processing, continue to languish in the shadow of the most successful yarn spinning segment. For the technology and machinery deployed in these segments, the majority of domestic demand is met through imports of such machinery from the EU, South Korea, Taiwan, Japan, China and Turkey as well as, to a smaller extent, the USA. Over the last two decades, imports of low-cost textile machinery from China have grown at a fast pace. Overall, and in the present day, almost 63 per cent, or two thirds, of all textile machinery demand is met via imports even though the overall production capacity of the domestic textile machinery sector is around Rs 110bn. The capacity utilisation has stagnated at a poor 60 per cent over the past few years.

Under the new national textile policy, the industry segments of weaving and garmenting truly have the potential to be a ‘saviour’ of the domestic textile machinery industry. With growth in India’s GDP (the second highest in the world) and with the highest young population, the domestic apparel and retail segment will be the key driver of consumption of all textiles, and fabrics, in years to come. It would require upgrading weaving and processing units by replacing older, obsolete powerlooms by the new shuttleless looms of the type airjet, rapier, waterjet and high-speed knitting machines etc. However, it is imperative for the domestic textile machinery industry to upgrade its technology and capabilities to production modern high-speed shuttleless looms and restrict their imports.

Overall demand for textile machinery by the Indian textile industry is increasing at a CAGR of 12-15 per cent over the past years due to concession schemes for new project investments. But, more than 60 per cent of potential demand is met through imported machinery, thus by passing the indigenous textile machinery manufacturers and inflicting upon them high cost in terms of a lower capacity utilisation factor. The root cause for non-growth of the domestic textile machinery sector has been the lack of investment and expertise put into the R&D activities over the past decades, except for a handful of such manufacturers who ventured to forge technology collaboration and upgraded their machinery products in time.

Lakshmi Machine Works (LMW) in South India is one shining example, which not only outdone others, but also became a global player to compete with textile machinery leaders such as Rieter, Saurer and Trutzchler, as well as Chinese companies. In the final analysis, it is the dependence on borrowed technology – and a lack of continuous and sustained R&D initiatives – that have kept India’s domestic textile machinery far behind except, perhaps, for yarn spinning, despite good, available demand. It is not too late to save the sector from the same happening to machinery for technical textiles and nonwovens where, again, suppliers from the EU and China are dominating.

To impart a push and thrust to the future growth of the textile machinery sector, the TMMA is organising ITME India 2016 in December 2016 to showcase the strengths of the Indian industry.