The Parliamentary Standing Committee on Labour chaired by Bhartruhari Mahtab, visited Coimbatore and Tirupur to study the growth potential of MMF textile industry in Tamil Nadu. They interacted with the National Committee on Textiles & Clothing (NCTC). T Rajkumar, Coordinator, NCTC and A Sakthivel, Chairman, AEPC told the committee the state being the largest textile manufacturer accounting for India’s one third textile, with excellent infrastructure and eco system for innovation and manufacturing of high value added manmade fibre textiles, has the tremendous potential of attracting new investments including FDI/JVs and creating new jobs for lakhs of people.

They said, since India, particularly Tamil Nadu has reached saturation in manufacturing cotton textiles and 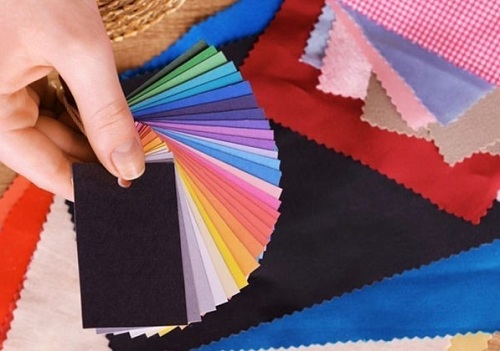 apparels, there is tremendous scope in a post-Covid-19 scenario with China being sidelined, if a conducive policy for MMF textiles and clothing products is offered. As India accounts for only 2.2 per cent of global MMF textile trade, the Textiles Ministry has proposed a Focus Product Incentive Scheme for 40 HS lines of MMF Garments and 10 HS lines of Technical Textiles under the Production Linked Incentive Scheme recently announced by the Central Government. The global trade of these 50 HS line products is around $222 billion and however, India’s existing share is dismal.

NCTC stated the anti-dumping duty and customs duty protection given for domestic manufacturers and 18 per cent GST on MMF and 12 per cent GST on MMF yarn have curtailed growth. India could not even import speciality fibres that not manufactured in the country under zero duty. MMF raw materials are produced by a very few manufacturers. However, cotton produced by over 6 million farmers does not attract any duty and are available cheaper than international prices. MMF is expensive by up to 23 per cent.

Therefore, NCTC appealed to recommend removing anti-dumping duty and slotting the entire MMF value chain under 5 per cent GST on par with cotton value chain apart from addressing inverted duty structure issues at processing and capital goods. Based on the representation made by NCTC, the Prime Minister has already removed the ADD on PTA, Acrylic Fibre and rejected the proposed ADD on PSF and MEG, thus enabling global competitiveness for the polyester segment while the removal of ADD on VSF is under active consideration.

Since the new labour codes would be implemented shortly, NCTC has sought certain amendments in the new codes to ensure ease of doing business. Fixing uniform minimum wages across the country for all trades/job roles is essential to create a level playing field. There is huge variation in the rates of minimum wages between states and also between trades/job roles within the state. NCTC also appealed the Committee to advise state governments to avoid applying Juvenile Justice Act that defines the child labour as 18 years below while Factories Act permits employment of adolescent workers aged between 16 and 18 subject to certain conditions.

NCTC also appealed for curtailment and harassment of NGOs especially in textile clusters of Tamil Nadu and tarnishing the country’s image in global market. The Tamil Nadu textiles & clothing industry pays highest wages and better welfare facilities to workers. This is evident from the millions of migrant workers coming to the state from across India.