Pakistan needs to tighten its act in textiles

"Due to government’s negligence, Pakistan’s textile exports have been bearing the brunt. Industry representatives asserted if you see the progression of industrial sectors and exports of regional players, they don’t stand anywhere. Bangladesh, India, Sri Lanka, Taiwan, Malaysia, Hong Kong and Indonesia have leaped miles away in exports and industrial growth." 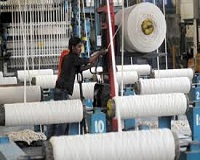 Due to government’s negligence, Pakistan’s textile exports have been bearing the brunt. Industry representatives asserted if you see the progression of industrial sectors and exports of regional players, they don’t stand anywhere. Bangladesh, India, Sri Lanka, Taiwan, Malaysia, Hong Kong and Indonesia have leaped miles away in exports and industrial growth. 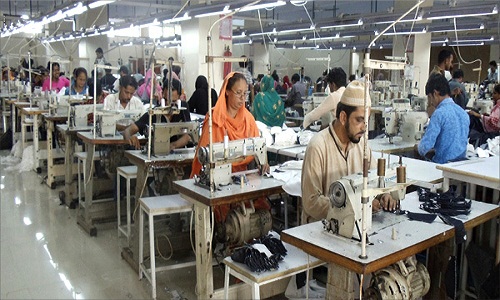 The leather industry of Pakistan is second largest export industry with total export value of $1.220 billion (2007-08) and the industry can grow double in three years and to the level of $5.00 billion in next 10 years if provided stimulus. Surgical industry can start earning at least $700 million within some years, provided, it was given due attention by the concerned government departments. Estimated world market of surgical instrumentation industry is currently around $36 billion and growing gradually, whereas our exports were hovering $245 to $276 million for last two years.

Similarly, hosiery and knitwear exporters are unable to compete in the global market due to higher utility costs, delays in refunds of sales tax, reduction in duty drawback rates and increased rates of export refinance, according to Pakistan Hosiery Manufacturers Association.

Cotton production crossed 10 million bales in the world’s fourth largest cotton producing country, according to the Pakistan Cotton Ginners Association (PCGA). The PCGA urged the government to introduce a five-year cotton policy to raise production to 22 million bales and exports to 3 million bales through crop insurance incentives and quality premium for farmers. Drawing attention to the issue of government and private enterprises failing to supply qualitative, well-germinated and heat- and virus-resistant seeds to the farmers, PCGA said the area under cotton crop should be increased to 4.2 million hectares from the current 3.2 million hectares.

In December, Pakistan Hosiery Manufacturers and Exporters Association (PHMA) appealed for withdrawal of duty on the import of cotton yarn, a raw material for the value-added knitwear sector, following the proposed withdrawal of custom duties on raw cotton import from India. The sharp rise in cotton yarn prices has hit the value-added garment sector hard. The package had declared a number of incentives on cotton yarn import, but no such step has been implemented so far, said PHMA. The PREGMEA also asked for revision of the textile policy by formulating regulations for specific sectors therein to tackle decline in exports. Foreign buyers are demanding new garments based on raw material, which are neither available in Pakistan nor produced by Pakistani weavers.

The Pakistan Yarn Merchants Association (PYMA) critisised the National Tariff Commission for imposing anti-dumping duties between 3.25 and 11.35 per cent on import of polyester filament yarn (PFY) from China and 6.35 per cent on such imports from Malaysia. Three-fourths of the domestic requirement of such yarn is met through imports. The APTMA in October opposed the suggestion to stop the 4 per cent rebate on yarn exports on the basis of drawback of duties, local taxes and levies on exports. Export of yarn needs patronage, else it may lead to closure of mills. The spinning sector is incurring losses now by selling yarn below its cost due to poor demand from domestic consumers, APTMA felt. As the domestic industry consumes around 70 per cent of the total yarn production, a substantial amount is left unsold, and needs to be exported.

The International Apparel Federation opened its first regional office at the PRGMEA House in Sialkot in September. It will extend support to Pakistani apparel firms in exports, capacity building and compliance. PRGMEA also signed an agreement with the Dutch National Fashion & Textile Association Netherlands on the occasion to support the Pakistani apparel industry. In August, PRGMEA considered setting up a Pakistan Apparels Export Council to facilitate business in the sector.