Post Trump’s pullout, Brands pledge We Are Still In

"When President Trump pulled out of the Paris Climate agreement last week and sent the world careening toward a global environmental calamity, a historic collection of parties in the United States came together in response." 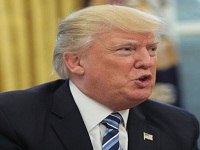 When President Trump pulled out of the Paris Climate agreement last week and sent the world careening toward a global environmental calamity, a historic collection of parties in the United States came together in response. 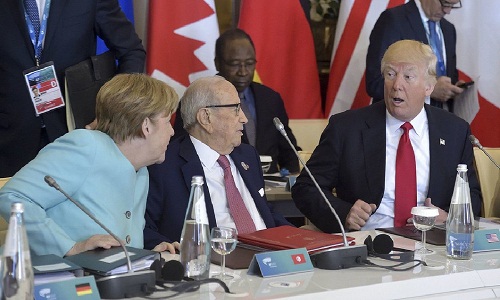 Timberland was moved to sign the We Are Still In initiative to join forces with like-minded companies that  believe business plays an important role in climate action. Patagonia calls Trump’s decision to leave the Paris agreement cynical and short-sighted. Nike is deeply disappointed by the withdrawal.

We Are Still In will unite the public and private sectors on an even larger scale moving forward. Signatory Nike has signaled its ready to link up with its home state of Oregon, one of nine states also signed on to the pledge. Not only can the two work together to reduce total emissions coming out of Oregon, but Nike—which wants to use only renewable energy by 2025—can share its cutting-edge methods with public and private organizations.

Billionaire Mike Bloomberg has pledged to fulfill the 15 million dollar contribution the US would have made annually to the United Nations had it stayed in the agreement. We Are Still In also makes companies a part of a coalition promising to fulfill the abandoned promises of the United States.

What ‘s happening here is a giant global trust fall and while Trump may have walked away, over a thousand different entities are opening their arms.

Nike, as well as the companies under the VF Corporation umbrella (including Vans), have pledged to use 100 per cent renewable energy by 2025. By 2020, H&M wants to use cotton only from sustainable sources while Gap hopes to do the same by 2021. Warby Parker is working on eco-conscious changes as granular as the weight of its try-at-home boxes, hoping to reduce their mass in order to put less strain on the vehicles that transport them.

How all these admirable actions will be coordinated between We Are Still In signatories is yet to be seen, but even in its initial form the pledge is still a massively important gesture. In the face of challenge, this group is coming together to overcome and meet the expectations of millions of people in the US and billions of people around the world.