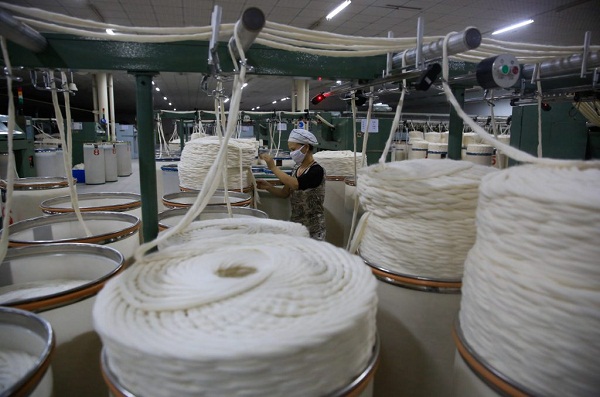 Recurrent lockdowns to curb COVID spread have led to supply chain disruptions in China besides price rise and sales decline. Shutting down of Shanghai, one of the biggest ports in the world caused interruptions in the supply of goods ranging from technology and cars to beauty and fashion in the country. A prominent clothing manufacturer, to US-based brand Under Armour had to cancel several orders owing to the crisis, reports Drapers Online.

China’s supply chains have become hugely disorganized, making it difficult for brands to get required material on time, says Patrik Frisk, Outgoing CEO, Under Armour. Besides production, sales of many global brands operating in China have also been impacted. Adidas China sales declined 35 per cent Y-o-Y during the in the first three months of 2022 due to the challenging environment. Similarly, Moncler had to temporarily close 30 per cent stores in China.

Fashion brands making garments overseas are facing a hard time as components like fixtures and trims need to be imported from China, rue brands. What’s more the uncertainty around lockdown made it difficult for brands to take any long-term decisions. Brands had to also deal with rising cotton prices in the country. As Steve Rowe, Outgoing CEO, Marks & Spencer notes, organic cotton prices have risen almost 40 per cent. Given this situation, Turkey has emerged a more lucrative destination for garment manufacturers with falling production costs triggered by a decline in the value of Turkish lira.

Vietnam gains with brands moving away from China

Manufacturers across UK are looking for local suppliers to reduce their dependence on China. As per a report ‘Make UK, Operating Without Borders: Building Global Resilient Supply Chains’, published in May, around 42 per cent UK manufacturers have increased sourcing from local suppliers in the last two years. The country that has benefitted the most from diversion away from China is Vietnam which bagged many new orders in the last few months. However, Vietnam’s garment factories also import raw materials from China, and have faced shortages in the last few weeks. However, suppliers have been unable to completely severe ties with China as it is a dominant global supplier of many fashion products like silk.

China’s fashion industry continues to reel under lockdown’s effects despite Shanghai unlocking few key industries. Kasper Rorsted, CEO, Adidas says, his brand will return to growth only during the second quarter as the challenging market environment in China is expected to continue for some time. Inflationary pressures across the world would also force global suppliers to China suffer for a longer time, says Santoshan Sangha, Managing Director of Sweats & Tees. The uncertainty will continue to affect fashion suppliers and retailers sourcing clothing and footwear from China. Unable to shift operations out of the country, they are likely to face rising raw material and production costs and delivery delays over coming months.