Sustainability in Fashion: Looking beyond hype, making it reality

"The entire value chain of clothing industry needs to dramatically shift gears to make it sustainable. Contrary to what is proclaimed by global brands, companies are still deploying production processes that are far from sustainable. A look at the startling statistics: In the US, 80 billion pieces of clothing are now purchased each year, 400 per cent more than two decades ago. The average American throws away 82 pounds of textile waste a year, mounting up to 11 million ton in the US alone."

The entire value chain of clothing industry needs to dramatically shift gears to make it sustainable. Contrary to what is proclaimed by global brands, companies are still deploying production processes that are far from sustainable. A look at the startling statistics: In the US, 80 billion pieces of clothing are now purchased each year, 400 per cent more than two decades ago. The average American throws away 82 pounds of textile waste a year, mounting up to 11 million ton in the US alone. In the UK, domestic clothing consumption has increased from one million ton in 2010 to 1.1 million in 2015, with England and Wales sending an estimated 620,000 ton to landfill (2013-14), worth an estimated £140 million, reveal WRAP’s ‘Textiles Market Situation Report’. Moreover, the average household owns around £4,000 worth of clothes, nearly a third of which hasn’t been worn for at least a year, meaning that UK consumers are hanging on to roughly £30 billion of unworn clothes, according to WRAP’s 2012 ‘Valuing Our Clothes’ report. 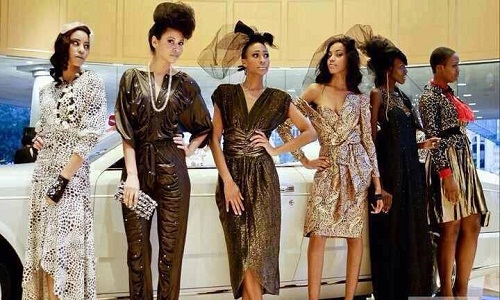 As per the WRAP report, textiles accounted for five per cent of UK’s total carbon and water footprint. Textiles manufacturing around the world (and mostly in developing countries) requires vast amounts of natural resources (1kg of cotton requires 20,000 litres of water), and often results in hazardous gases, pesticides & dyes being released into the environment.

Indeed global associations are coming up with alternatives to reduce impact. Sustainable Clothing Action Plan (SCAP) by WRAP is among them, an initiative to ‘improve the sustainability of clothing across its lifecycle’. The signatories, representing 65 per cent of clothes sold in the UK by volume and 54 per cent by sales value, have committed to reducing carbon, water and waste to landfill per ton of clothing by 15 per cent by 2020, as well as reducing waste arising over the whole product lifecycle by 3.5 per cent. In November 2015, WRAP announced signatories have achieved reductions of 12.5 per cent for water and 3.5 per cent for carbon. A key part of SCAP’s work is focused on designs for longevity. WRAP says extending the active use of clothes by just nine months would reduce carbon, water and waste footprints by around 20-30 per cent each and cut resource costs by £5 billion.

While organic cotton and recycled polyester are widely known to be better for environment, there are plenty of other textile technologies that could lessen clothing’s impact. Traditional viscose manufacture, for instance, is currently in decline because of the high environmental costs. A few other manmade cellulosic fibres are coming to the fore, including lyocell, predominantly manufactured in Austria by Lenzig under the brand name Tencel. The process sees fast-growing Eucalyptus trees, grown on low-value land in South Africa, pulped with a recyclable solvent in a process that creates little waste, unlike traditional viscose manufacturing. Monocel, produced by Norwegian firm Nånkåtån, sees bamboo undergo a similar treatment to create another more sustainable viscose alternative.

Low-impact dyes is another important contributor. While environmental impact of dyeing depends on the type of dye, type of material, and application method, dyeing can be a polluting process, with the industry employing more than 8,000 chemicals, and requiring between 30 and 50 liters of water per kg of textile produced. Therefore, textile dyes need to be environmentally-friendly. Low-impact dye produced by AVITERA®, for instance, for use on cellulosic fibres (cotton, for the most part), can be used by conventional mills and reportedly requires 50 per cent less water and reduces CO2 emissions by 50 per cent or more during the dyeing and washing off processes, whilst also reducing processing time.

Huntsman company that manufactures chemicals says, if the entire world’s reactive dyed cotton was processed with AVITERA® SE, this could save more than 820 billion liters of water per year, equating to 1.3 liters of fresh water per person per day for the major textile processing countries like India, Bangladesh and China.

While not necessarily a technical innovation, changing consumer habits too need attention if fashion is to become sustainable. Consumption pattern need to undergo a dramatic shift. The lend-lease business model – part of the burgeoning sharing economy – is one that could certainly be expanded. There are examples such as Rentez-Vous in the UK, which bills itself as a ‘guilt-free unlimited wardrobe’, where users can list items of clothing that others can then rent for a set price and period of time. MUD Jeans, based in the Netherlands, has customers leasing jeans for life.

Some designers are working towards flexible single items of clothing. For example, Polish label Blessus creates modular constructions that allow customers to mix, match, or swap components using a series of concealed zippers to add or subtract pieces of fabric. Others are designing for disassembly (a wide known term in electronics), including Dutch companies Refinity and Dutchspririt, which have come up with the concept for a raincoat that can be disassembled for its components/materials after its first life. Refinity has also experimented with modular ‘fragment textiles’ that can be clicked together in various formations and removable prints that ‘combine short (fashion) cycles with long raw material cycles’. None of these are widely available.

If spring/summer 2020 runways are to go by, trendy tights have caught the attention of many designers across the globe.... Read more