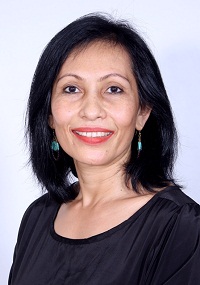 A woman entrepreneur from North East-Ms. Jesmina Zeliang, who is also one of Members of Committee of Administration of EPCH has been nominated as President – Reception Committee- IHGF-Delhi Fair Autumn 2018. Her company M/s Heirloom Naga from Nagaland is increasing exports of cane and bamboo and artisanal handcrafted textiles from the North East since 1993 by participation in various Zeliang is actively engaged in empowering women from marginal communities and tribes in North East of India.

Export Promotion Council for Handicrafts[EPCH], a nodal agency for promotion of exports of handicrafts from the Country to various destinations of the world, has been organising the IHGF-Delhi Fair for the last 24 years. IHGF-Delhi Fair Autumn is expected to generate a large amount of enquiries and orders.